Objective Conceptual Master planning of a city in China

Description of Design Objectives and Concept A study of the relationship between traditional and contemporary Chinese architecture. Nest City is an alternative to demolition. Instead, a second layer of buildings is embedded in the structural frame which serves to protect and preserve the old city.

China, the Old & the New

In Today’s fast pace world, China is undoubtedly one of the leading countries of development and production. That was witnessed throughout the globe at the Olympic Games of 2008 and the International Expo of 2010. However with this rapid construction, old communities have been destroyed and people evicted from their homes. What identity does contemporary Asian architecture have in relation to the rest of the world?

The group project set out to be a city of 12 million people. How to deal with such a density?  The city was divided into 12 sub-cities. Each city had an author. The physical model was part of an ‘ensemble’, a piece of the city. Each piece intertwined and interlocked with other pieces of land. 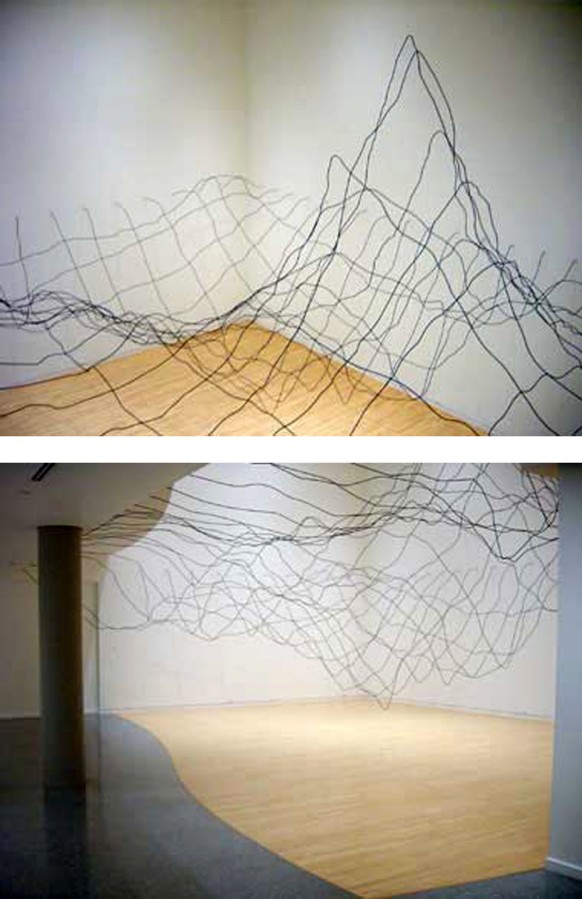 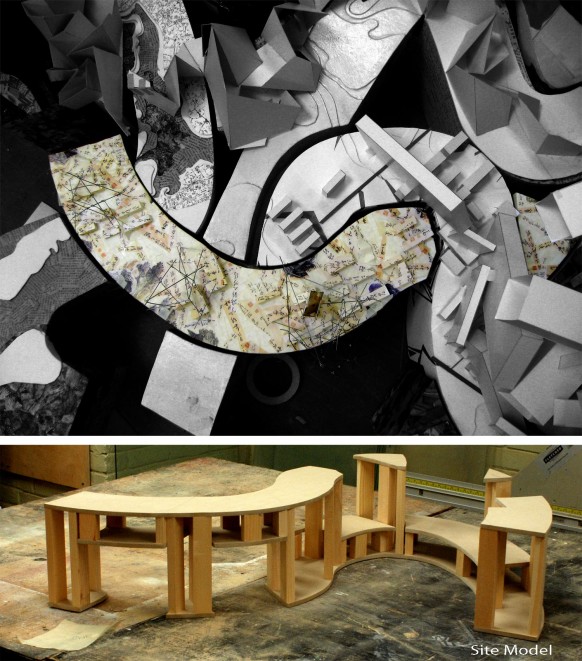 Building with past in mind

Personally, it was a reflection upon our current society and its infrastructures. In this abstract city of the future, many questions regarding social organization and density arose.  With that in mind, my city learned to adapt, twist and mould itself to its surroundings. At a time of rapid construction in China, where the Old is demolished for the New, Nest City shelters the existing city. Harmony is established by a super-structure, a frame which acts as network and structure. It is the bones and veins of the city. The ever-growing frame builds and become denser through time. It acts as a second layer breathing life into the old existing city. 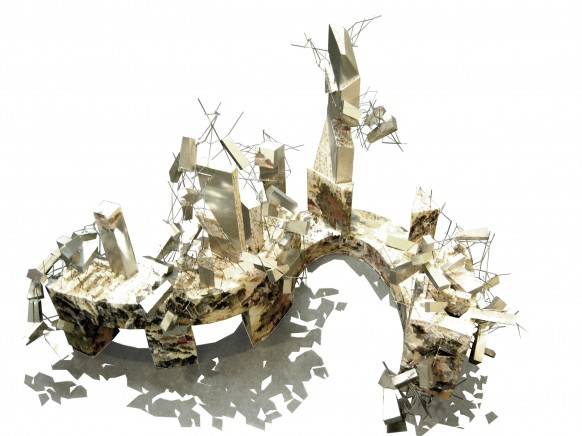 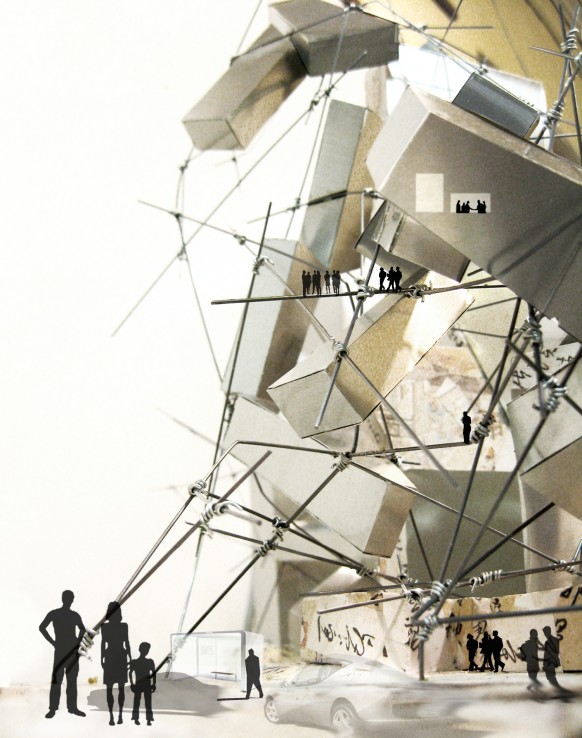 The interpretive model is constructed mainly of aluminum wires and sheets on an existing site model “collaged” in ancient Chinese prints. The combination of materials suggests the tension and interaction between the old city and the new city above.  In this organic build, one finds chaotic beauty in its anarchy. 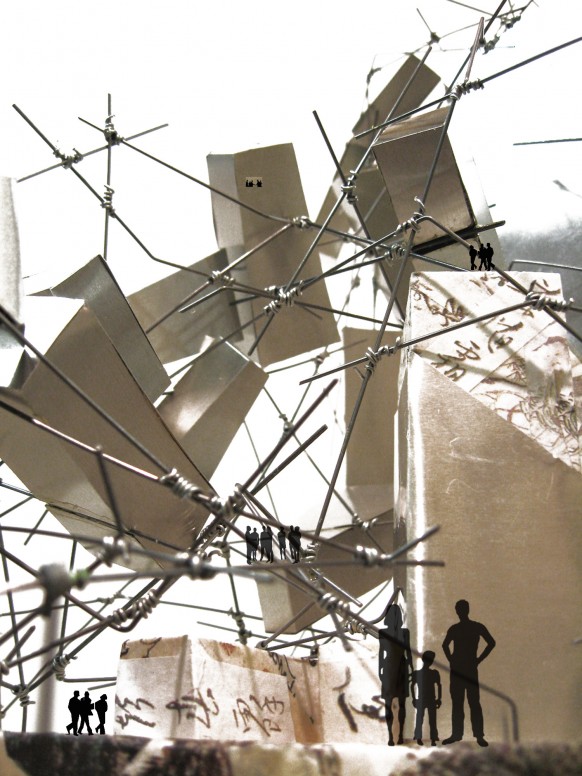 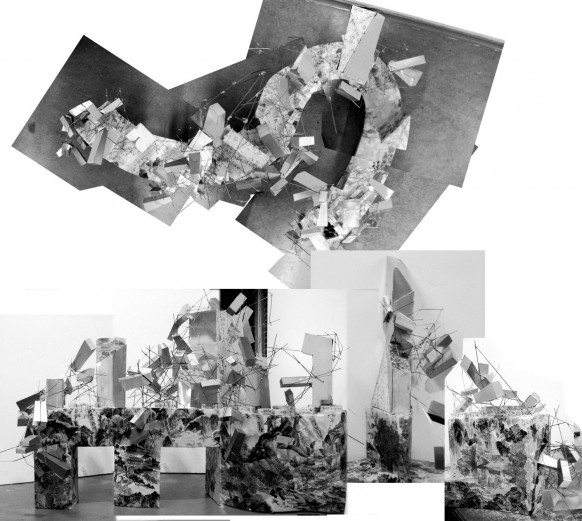