Description of Design Objectives and Concept Jutting into the water, the pier of the Basin Peel as a site of the tower will give a new perspective on the city.  A 360 degree rotation unveils the Five Roses Factory, the Grain Silos and the Panoramic of Montreal’s skyline.

Surrounded by the most iconic buildings of Montreal (Grain silos #5, Fives Roses Factory) and the panoramic view of downtown Montreal, the Basin Peel is a prime location. Close to the touristic are of the Old Port, and bustling financial district, it is also popular destination. 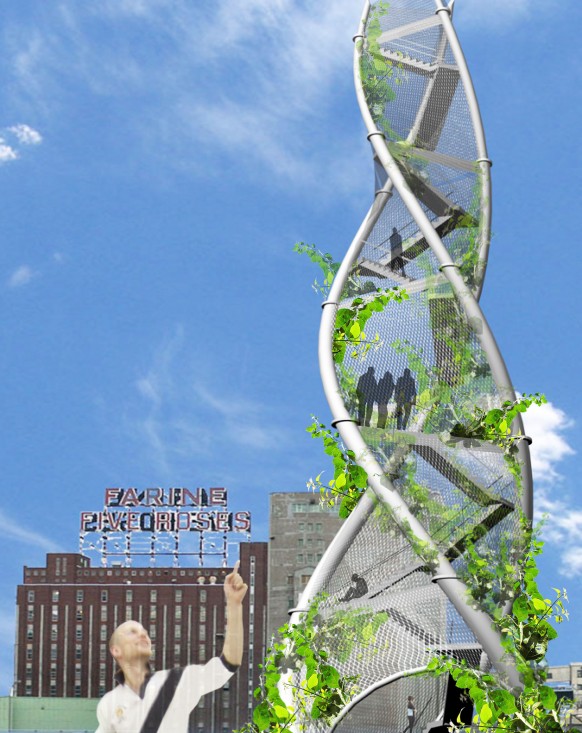 From its initial gesture of rotation, the concept of twisted viewing tower arose, exhibiting the views and capturing the site. Still a developing area, the integration of natural elements was a great importance. The use of structural mesh permitted this architectural feature by acting not only in terms of design and safety but as a support for vegetation. The evolution of the tower over time will produce a vertical garden, not only adding to the renewal of the area, but creating a place for emerging tech industry on their lunchtime breaks. 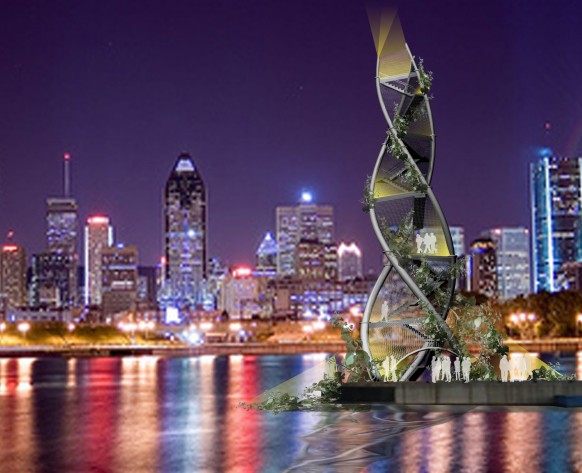 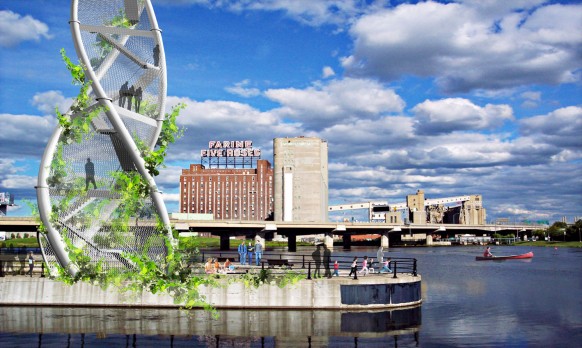 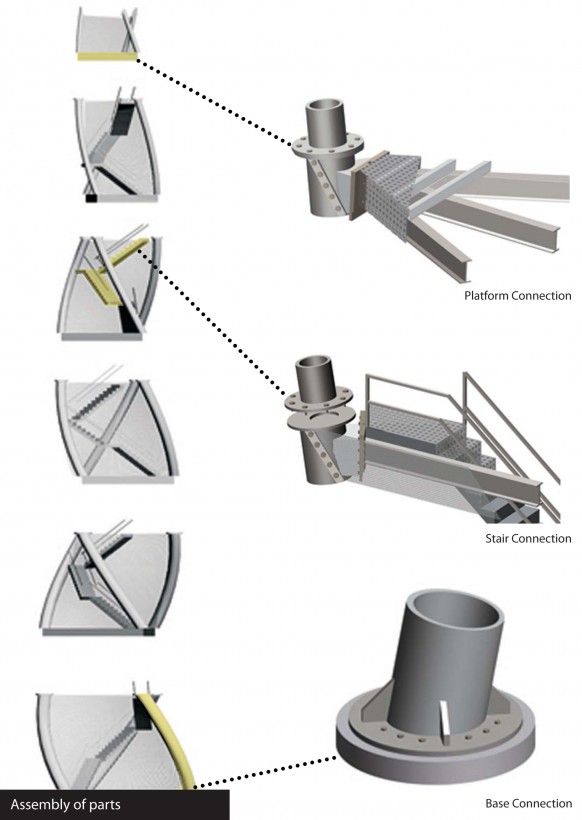 Each floor is prefabricated and assembled on site, where the round hollow columns are bolted together. During the fabrication, the sections of columns are hot-rolled to achieve the twisted organic form.