Objective  Master plan in a quarry

Description of Design Objectives and Concept Optimizing its current use of being the biggest dumping ground for snow, the snow is reclaimed to transform the quarry into a snow amusement park

The Quarry of St-Michel began as a quarry in 1895. Its limestone was used in the production of cement there for many years. Abandoned in the 1990’s, the quarry is now being served as one of the largest dumping grounds for snow the Montreal. 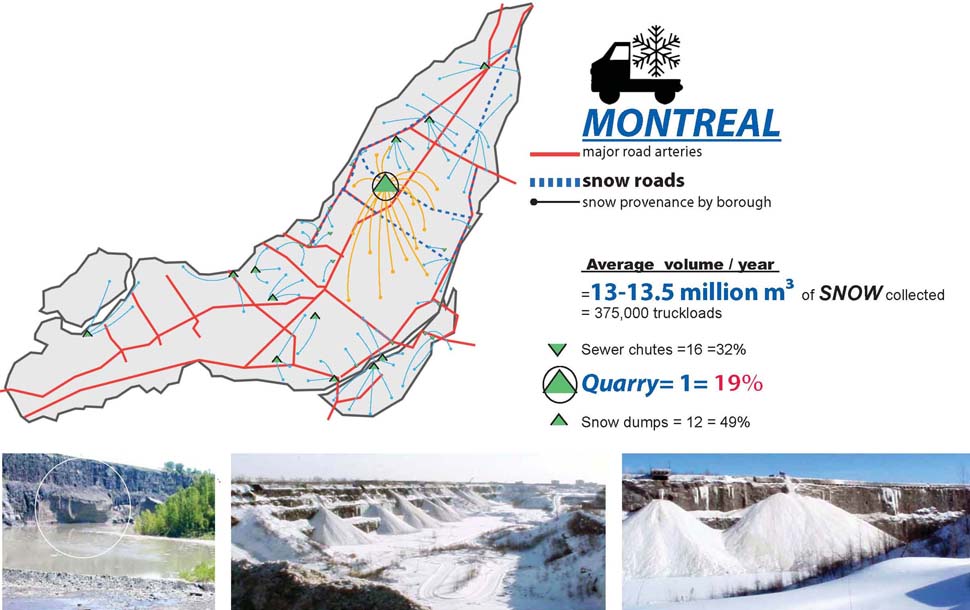 Study of Snow behaviour in the quarry 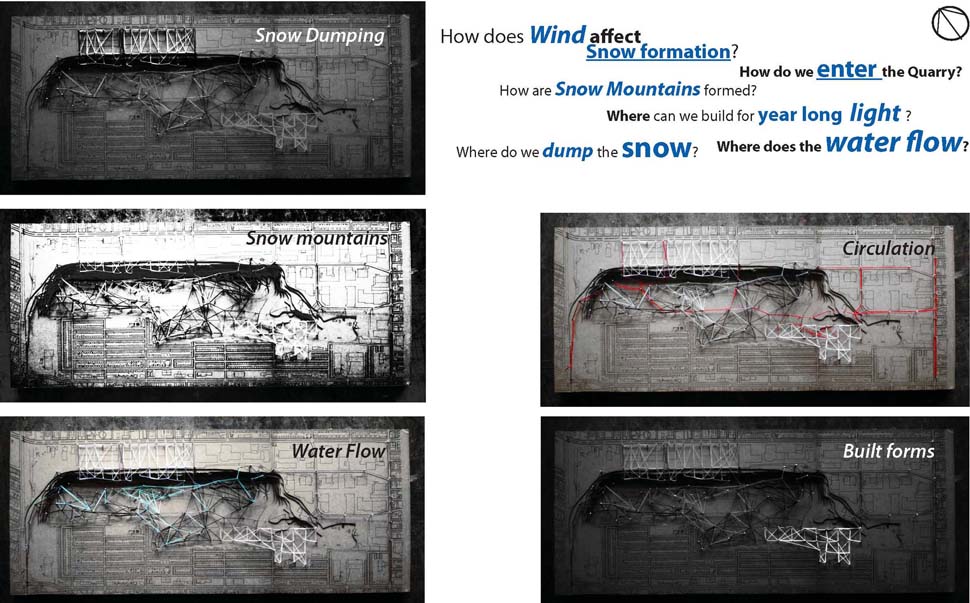 My proposal is to triple its current capacity to use the snow to create a “winter wonderland”! 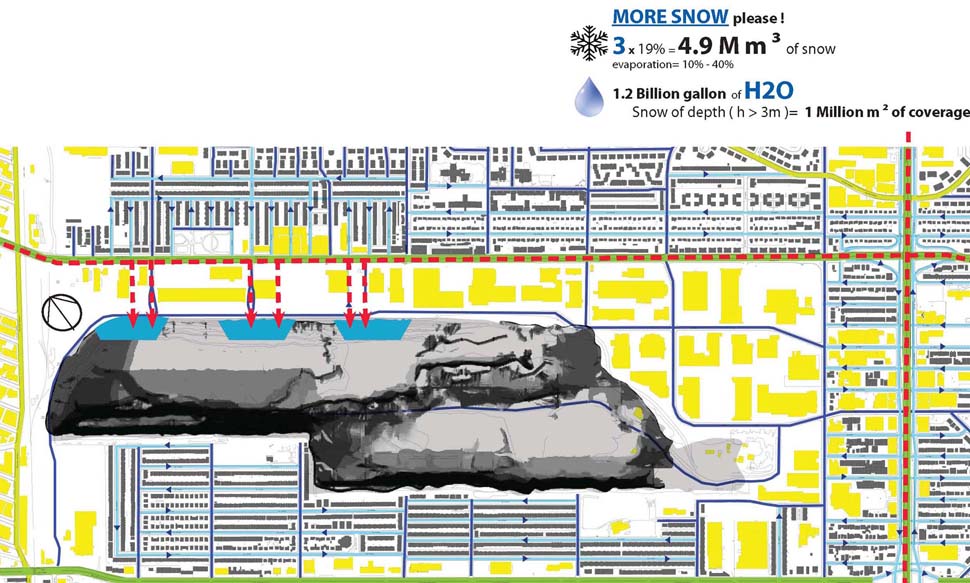 The construction of the Winter Wonderland begins with snow collection, then filtration of the melted snow. The new snow is distributed throughout the entire site with the help of snow canons. 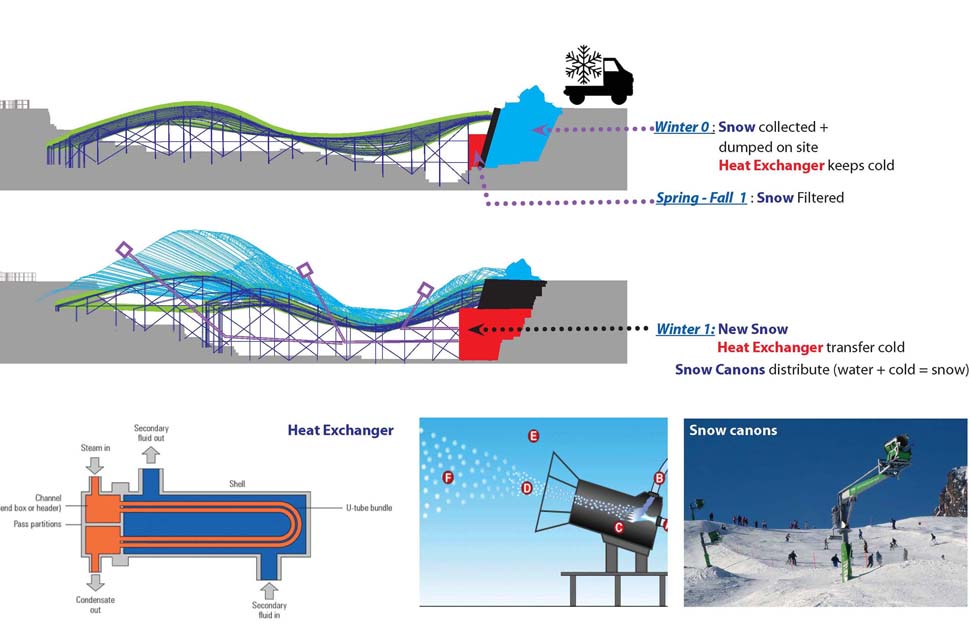 Similar to large refrigerator, the structure which supports the “Winter Wonderland” and  also keep cool for longer ski seasons and hastens the melting process due to heat exchangers. The filtered water can also serve crop irrigation. 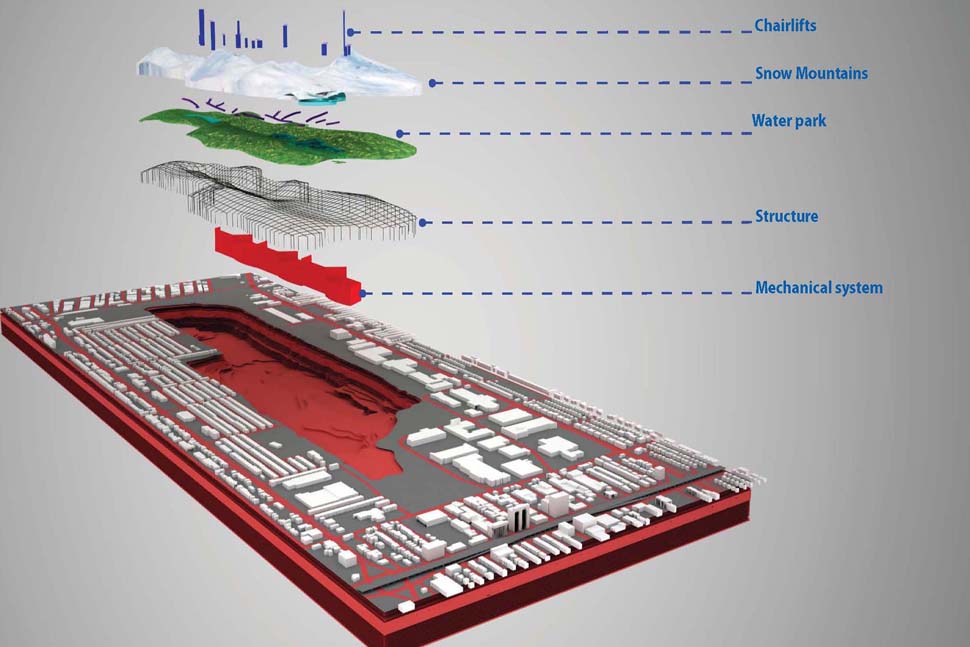