Rainy day is museum day.  A tour of the newly renovated MCA in Sydney brought me closer to one of my favorite contemporary artist/sculptor of our times, Anish Kapoor. His art is multi-faceted, multi-interpretative, intense, yet simple in its use of primary elements. The Mumbai born British artist was recognized in the 1980s for his early work entitled “1000 Names” which was also exhibited at the MCA. Inspired from his trip to India, 1000 Names consists of primary coloured geometric forms made using raw powdered pigment placed on the floor or thrown on the wall.  The use of bright colours reminds me of the spices seen in the Indian markets, while the shapes mimic ancient structures. These perfectly formed seamless shapes break the lines between artificial and natural. Some seem laid, fallen particles from the sky, while others in its symmetry are clearly formed with such intention and precision. 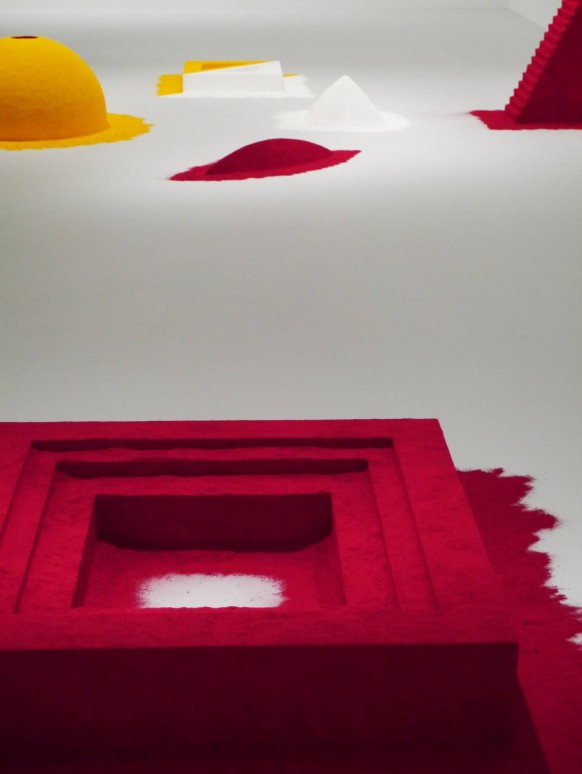 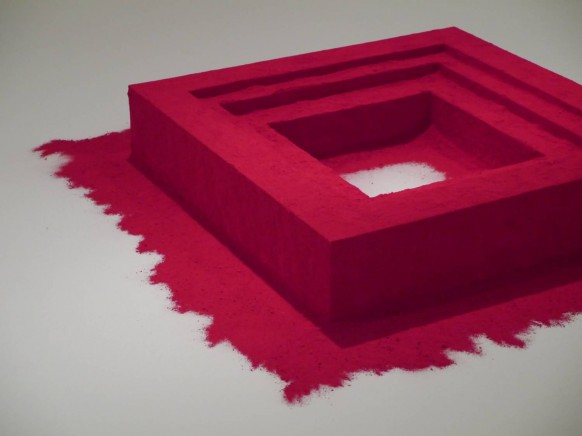 What I love about his work is how it entices the viewer to interact. You seem to want to step into them, lean over, speak to them ( scream into the hollow void ), touch the strange substances… Most of his work make us more body and senses aware. Playing with our perception of void and depth, our association to colours, Kapoor is master mind in his art. He captures the essence of contemporary art. 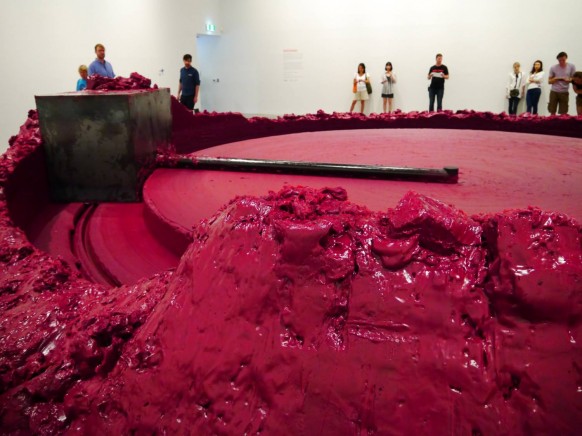 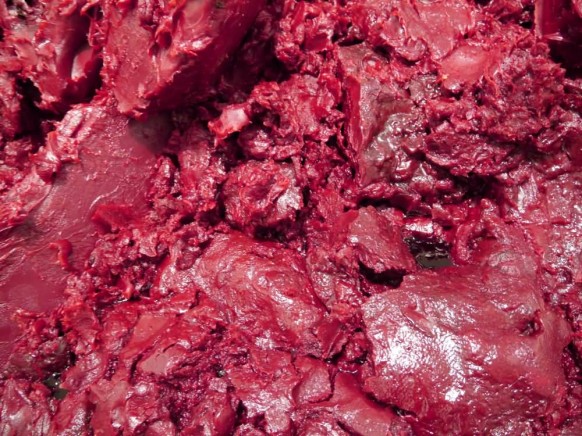 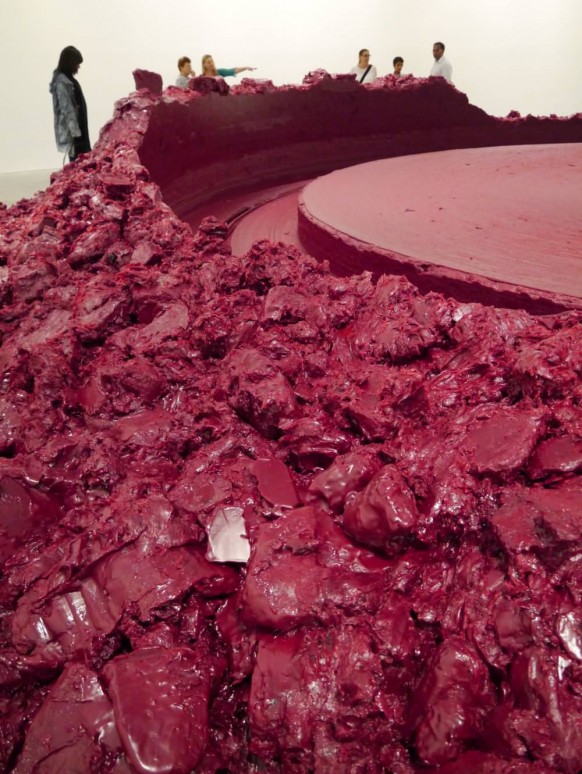 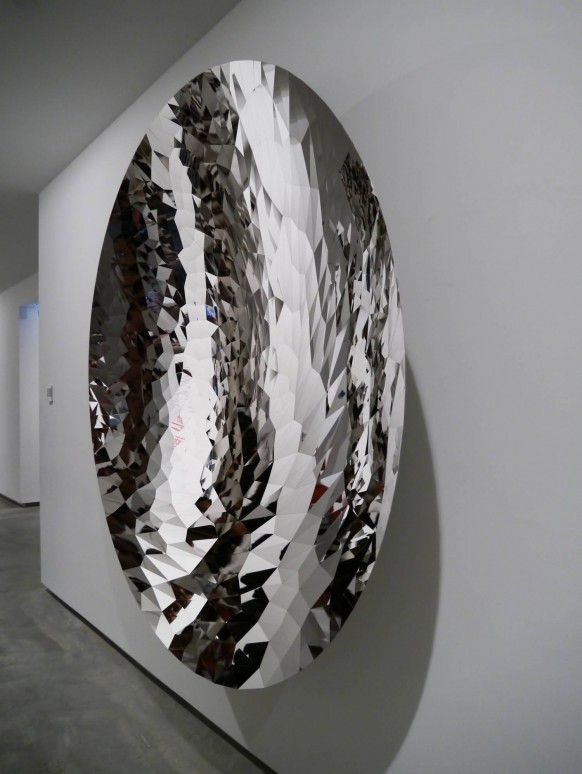 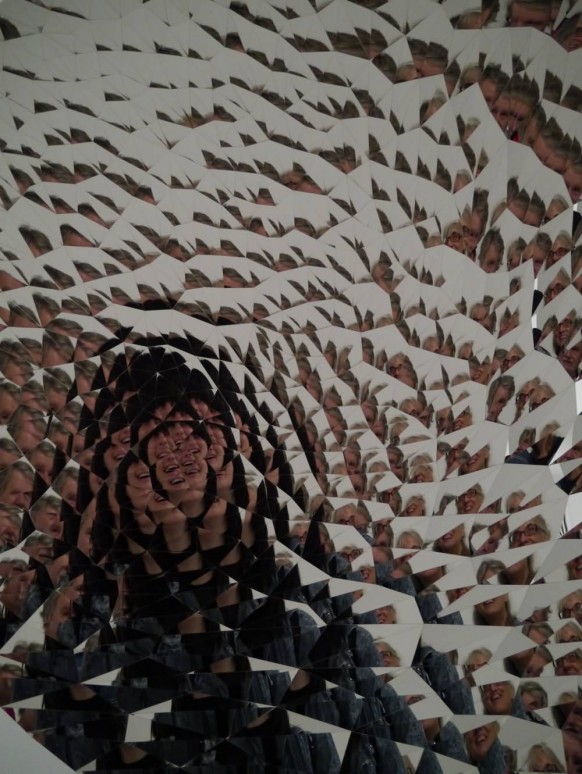 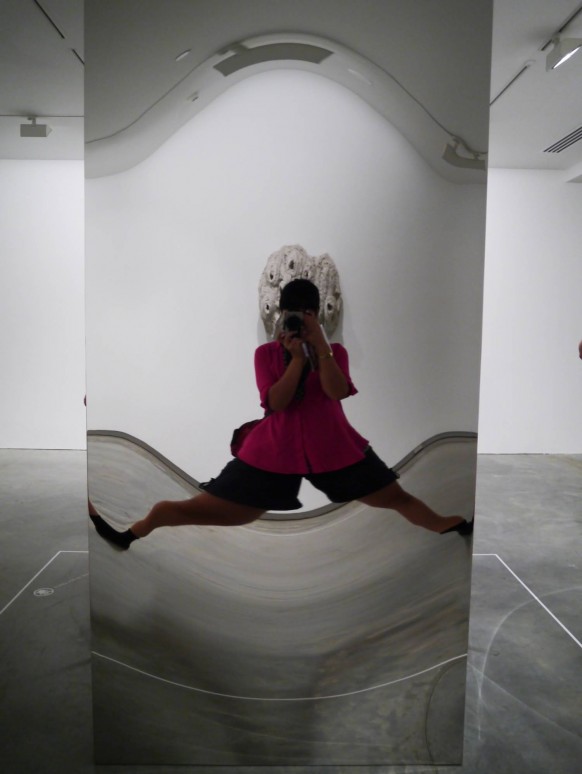 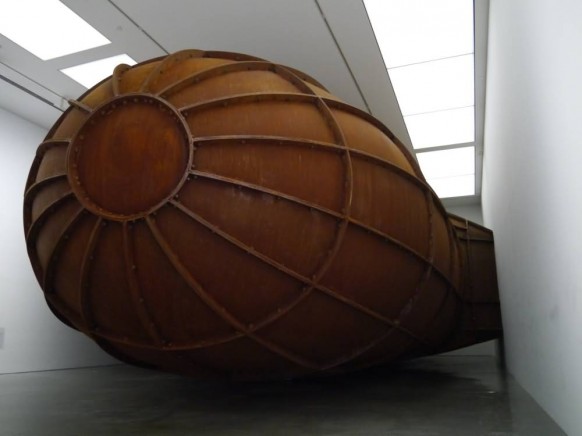 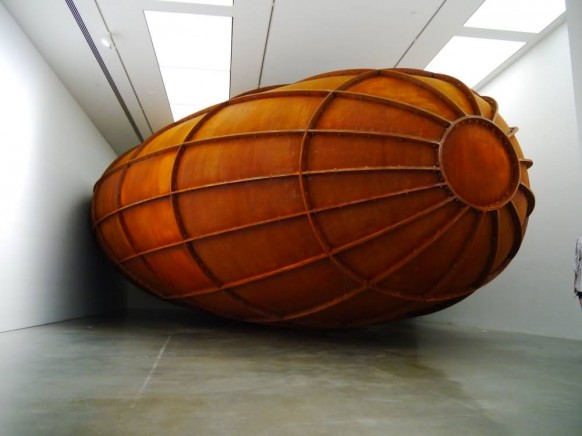 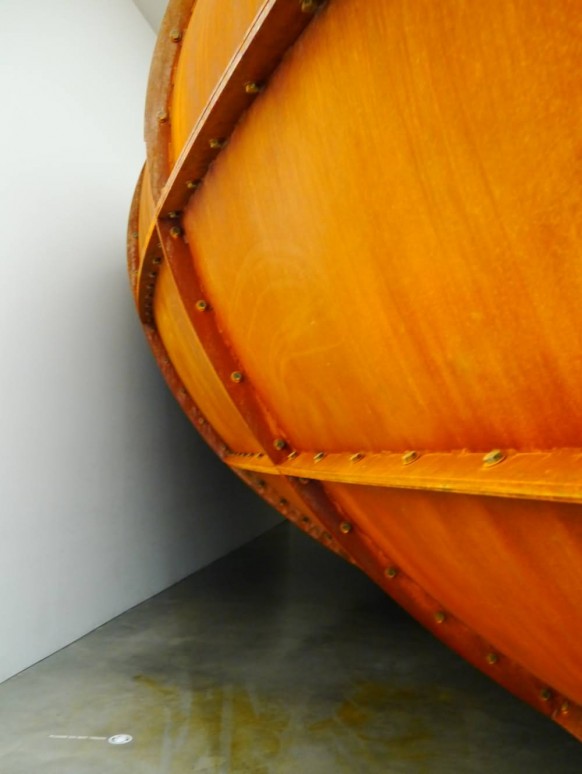 The only upset of the entire exhibit is the art piece Sky Mirror (2006) as it can only be enjoyed in good weather.  The much anticipated exterior artwork is a 10- metre polished stainless steel concave mirror upwards to create an inverted portrait of the sky.  The mirrored surface acts a window that brings the sky to the ground.  Hence in the instance of overcast day, nothing can be seen. If you are thinking of catching this great exhibit, it will be showing at the MCA ( Australia Museum of Contempory Art) in Sydney until April 2013! SO get moving ! 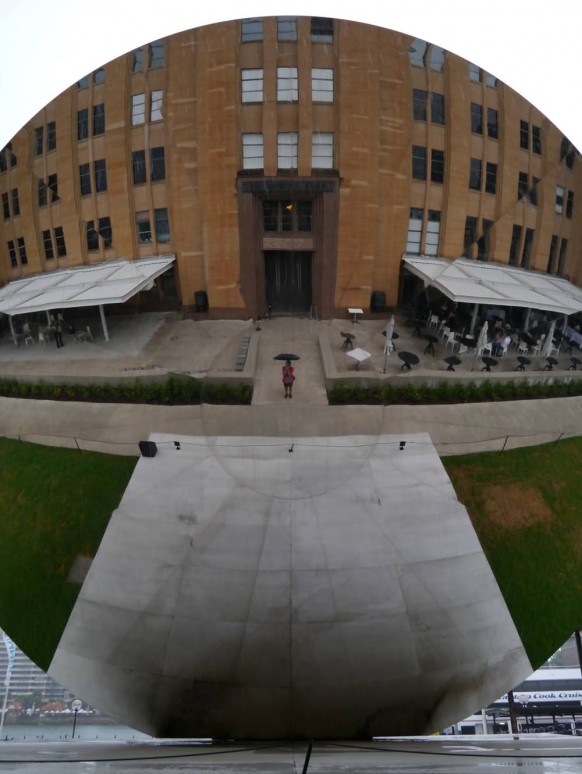 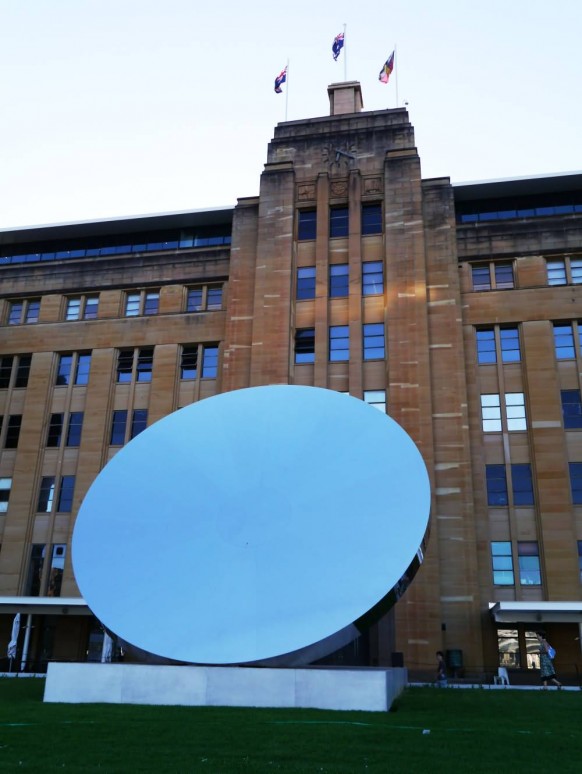