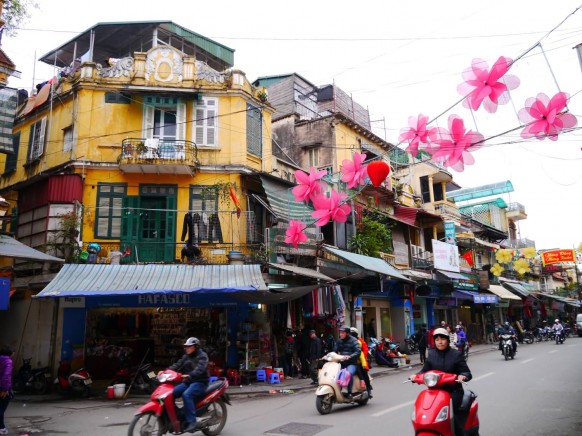 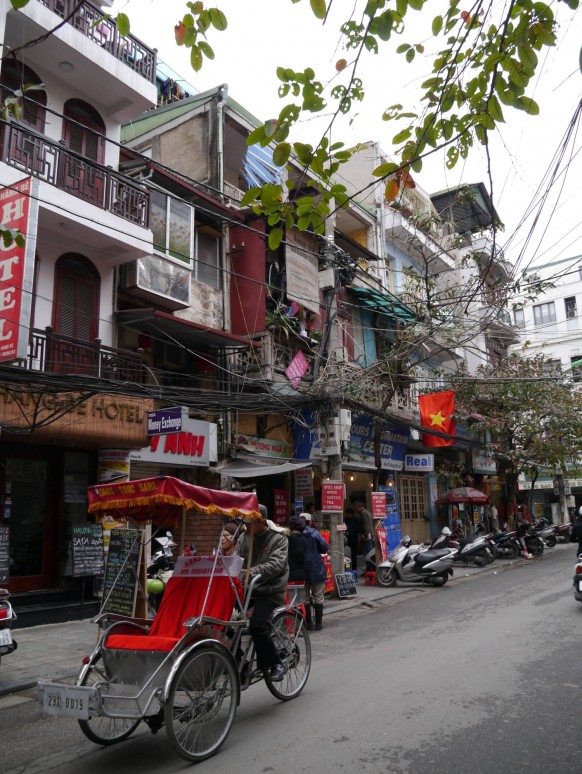 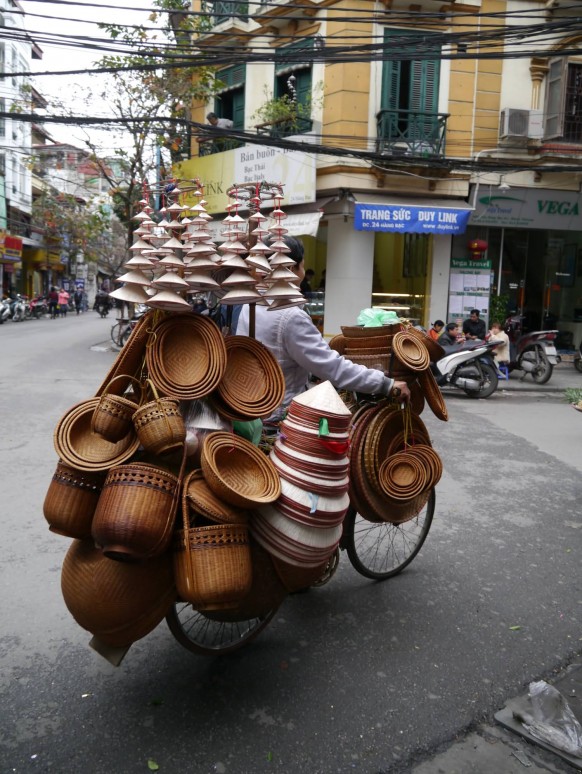 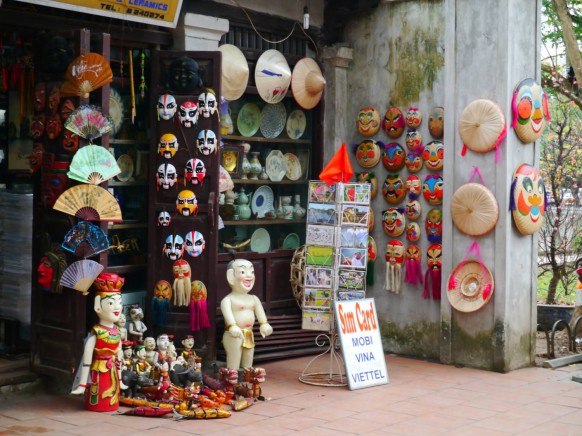 My stay in Hanoi was short but sweet. During my one day visit, I toured the  Trấn Quốc Pagoda, the oldest pagoda in the city. Originally constructed in the sixth century during the reign of Emperor Ly Nam De, it has an age of 1,400 years. When founded the temple was named Khai Quoc (National Founding) and was sited on the shores of the Red River, outside of the Yen Phu Dyke. When confronted with the river’s encroachment, the temple was relocated in 1615 to Kim Ngu (Golden Fish) islet of Ho Tay (West Lake) where it is now situated. A small causeway links it to the mainland. 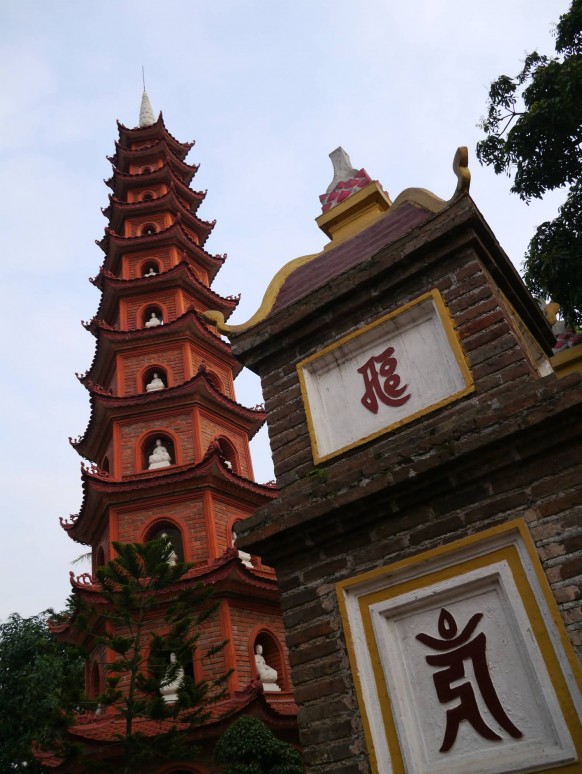 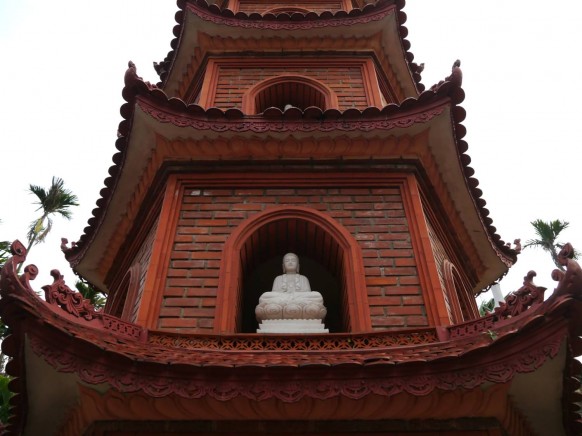 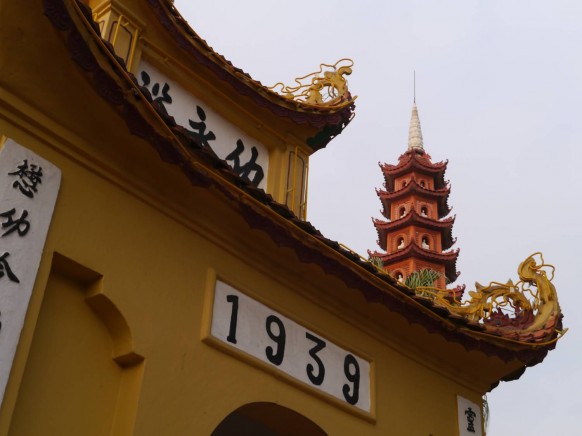 Flag Tower – Built in 1812, the tower, unlike many other structures in Hanoi, was not destroyed during the French administration (1896-1897), being used as a military post 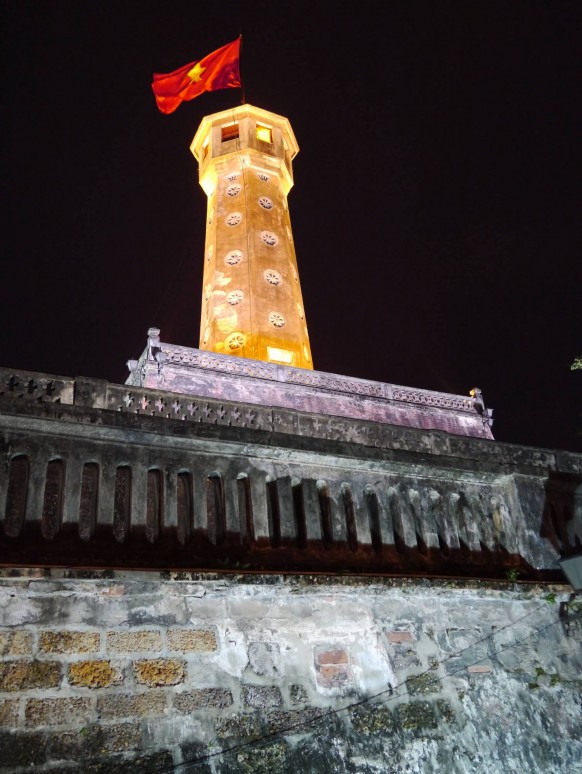 The Temple of Literature is a former center of learning in Hanoi. It is a temple of Confucius and includes the “Imperial Academy”, Vietnam’s first national university. The temple was built in 1070. It is one of several temples in Vietnam which are dedicated to Confucius, sages and scholars. For nearly two centuries, despite wars and disasters, the temple has preserved ancient architectural styles of many dynasties as well as precious relics. The various pavilions, halls, statues and stelae of doctors are places where offering ceremonies, study sessions and the strict exams of the Dai Viet took place. 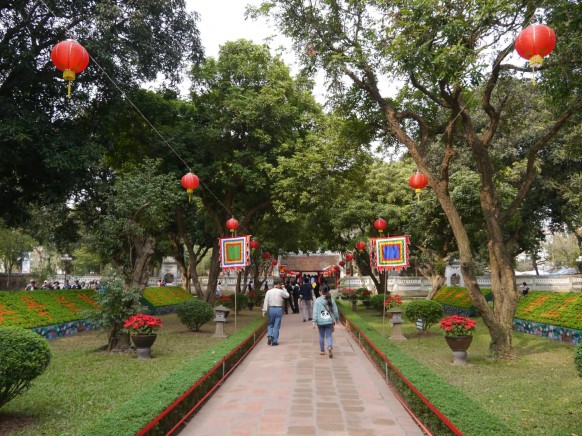 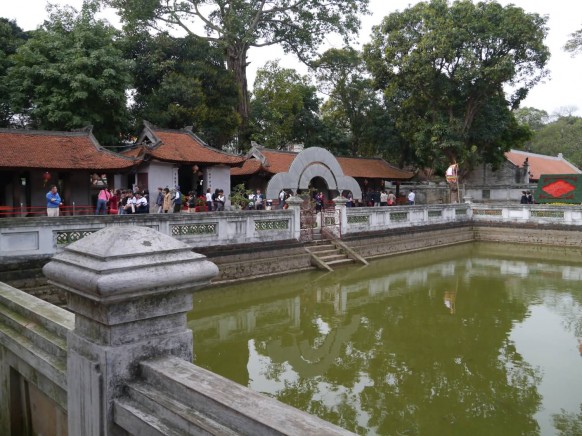 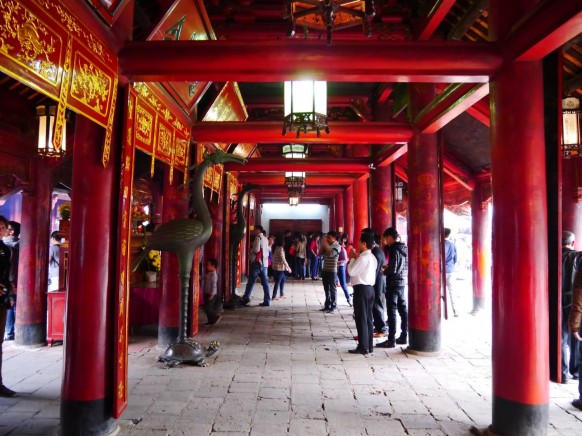 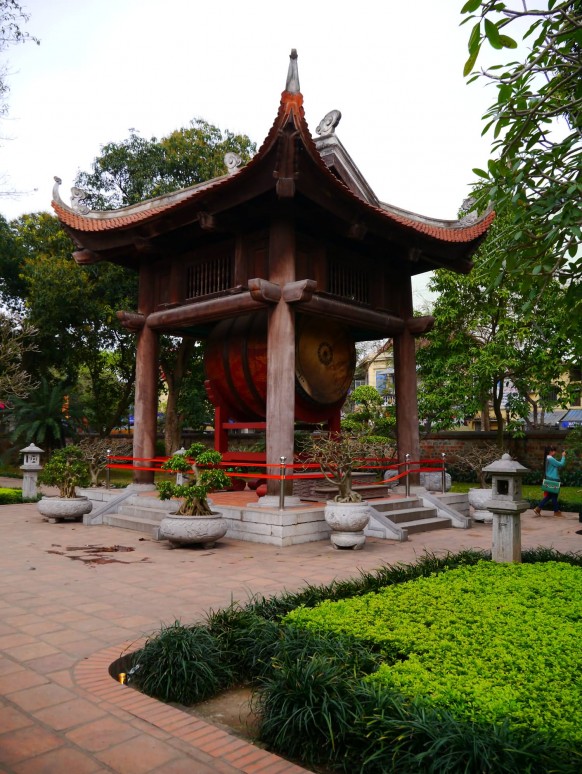 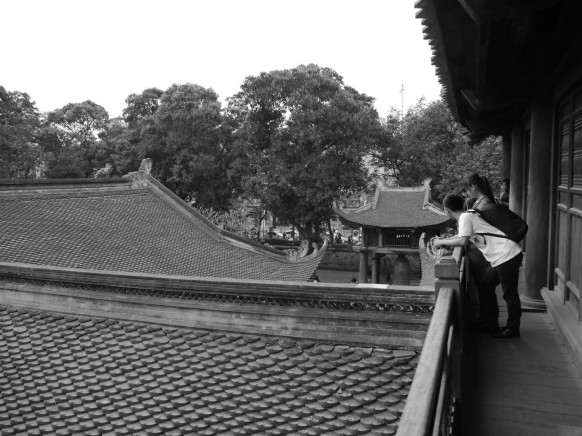 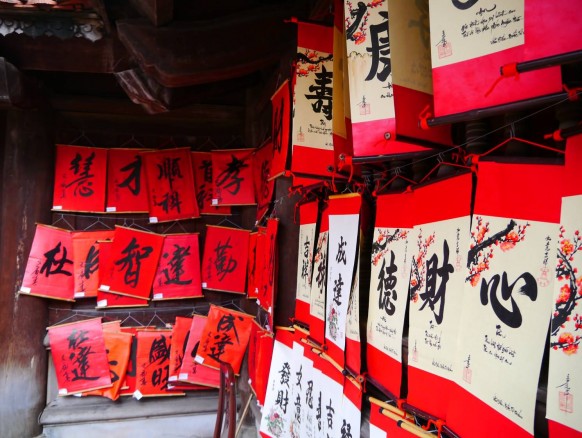