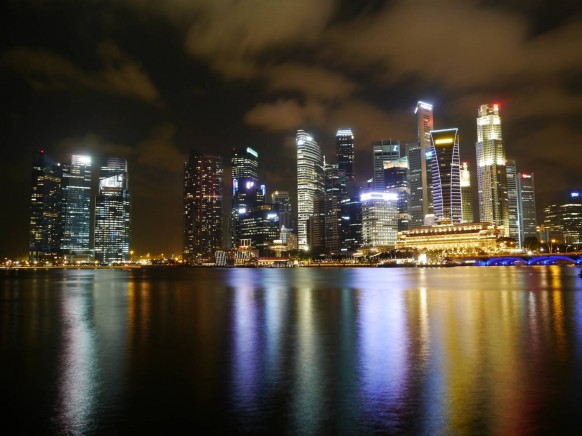 The city really comes alive at night! Upon your arrival, sign up for the river cruise. The 45 min ride is a great introduction to the city.  Departing from Merlion Park jetty or Clarke Quay, the routes are similar and usually a video commentary will provide a good brief of the history of the River and is its adjacent buildings.  Personally I think the best for the cruise is at sunset between 7:30 – 9 pm. 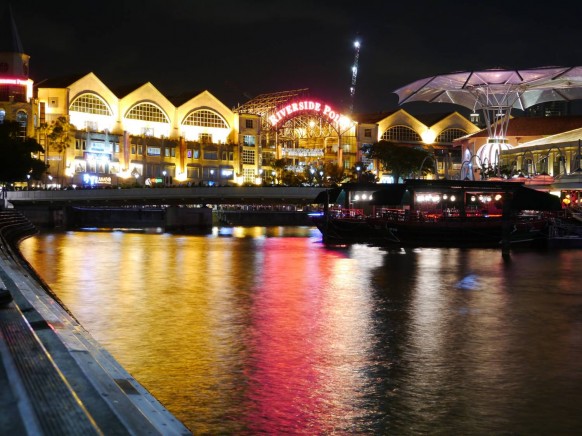 As the skies darken the building lights clear the paths along the river and fill the river with more life and color than daytime.  And if you are lucky,  you will catch the Lasershow emitted by the famous Moshe Safdie building.  It is completely off the top flamboyant with a real dose of ” Look at me! ” but that is why I love Asia. It is loud and it is in your face. It is inhibited, flashy and bold! In some way,  it a haven for designers / architects to really experiment and express in a conservative and crisis-feared society. 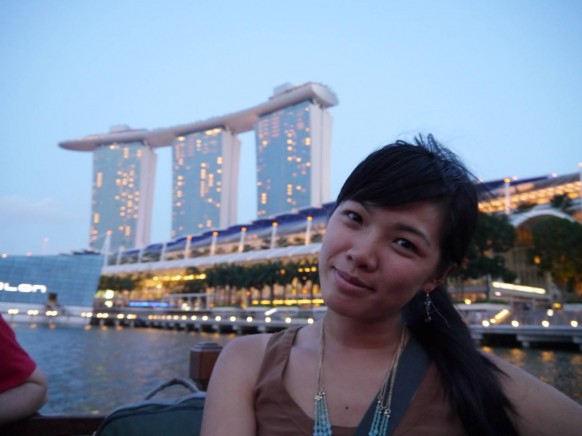 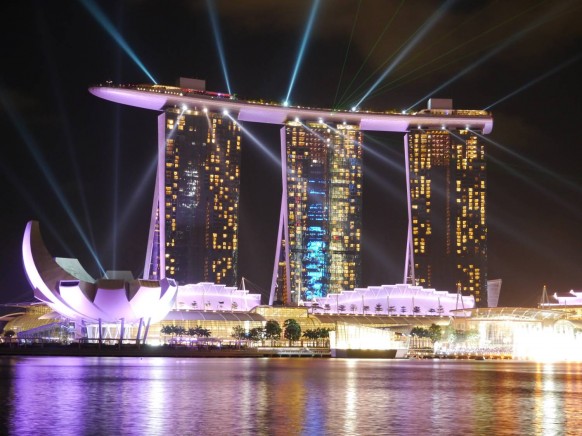 The Singapore River forms a central artery in Singapore’s densely packed Central Business District. The north bank of the river is where Raffles originally landed and founded his colony. Today, many central government buildings can be found in the area. The newer south bank, cramped with skyscrapers, is where Singapore’s bankers’ district. 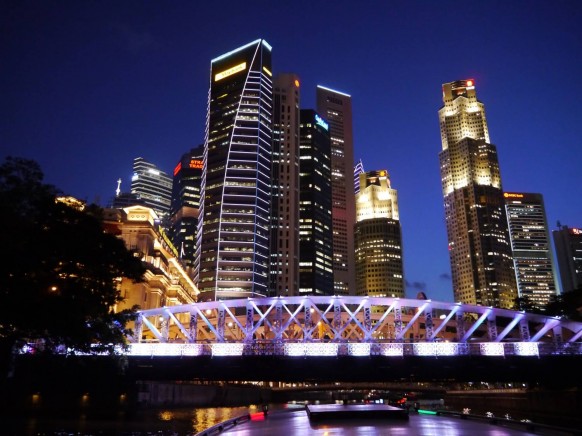 Along the riverside are Singapore’s nightspots found on streets of Boat Quay, Clarke Quay and Robertson Quay. A great way to spend your night is getting alfresco along the river.  Some locals call the area a ” tourist trap” and the restaurants are likely to be  more expensive than your local foods, but I feel that paying for such a view is worth every dollar! 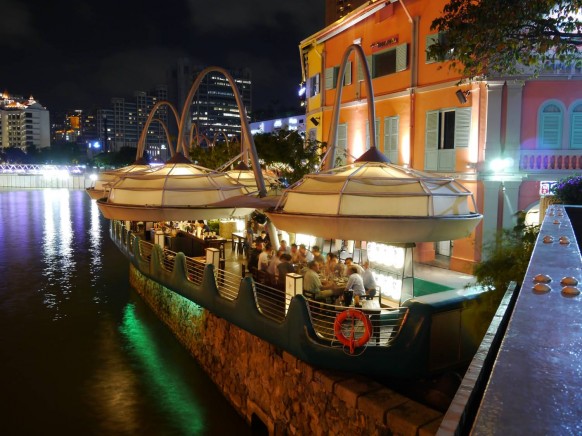