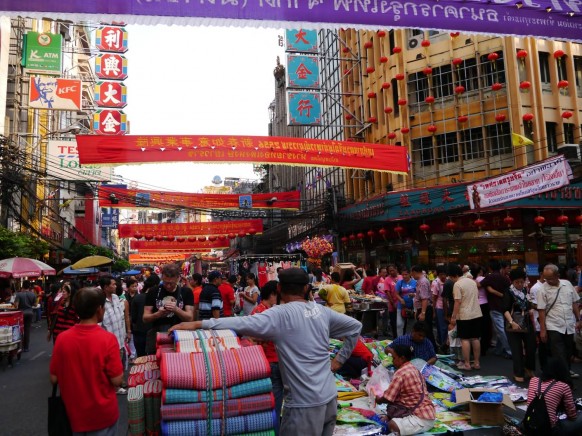 As a child,  my mother told me of her travelers in Thailand visiting her sister.  From her pictures,  I had a glimpse of the beautiful detailed gilded  temples and wanted to visit this place myself. Known as “land of white elephant” , it is the only Southeast Asian nation that has never been colonised by the Europeans. A little historical background of the term :  The term derives from the sacred white elephants kept by Southeast Asian monarchs in Burma, Thailand, Laos, and Cambodia. To possess a white elephant was regarded as a sign that the monarch reigned with justice and power, and that the kingdom was blessed with peace and prosperity. The opulence expected of anyone that owned a beast of such stature was great. One must imagine golden palaces built to house the beast, attendant staff not limited to cooks, artisans, musicians …temples, keeping in mind the holy aspect of the white elephant, it would be akin to housing and caring for an entire church or congregation and having to devote every resource to its needs.

Hence when I arrived in the Land of White Elephants, I recalled the childhood dreams of visiting the ruins of ancient temples and large  golden statues. As an architect,  one cannot deny the need to travel the world to see the renowned new international projects but also to see old traditional structures which are sometimes deteriorating. Thailand has been ravaged by floods in the recent years which have endangered the preservation of old ruins.Traveling has made me more aware of the climatic changes in the different countries and its precautions on the Architecture,  the Fauna and Flora and the People. Hence seeing the recent floods in Thailand made me feel even more the urgency of visiting the Old ruins as I will not have the opportunity in the future. 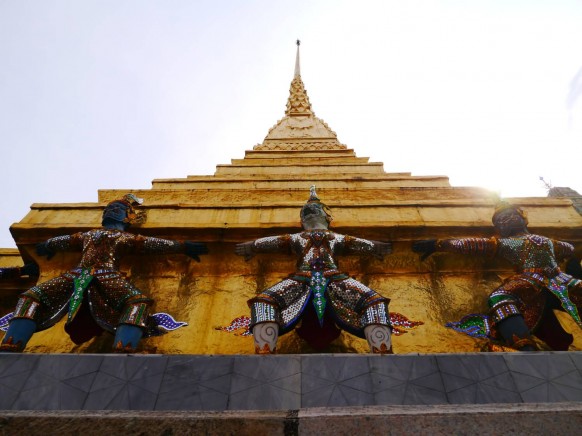 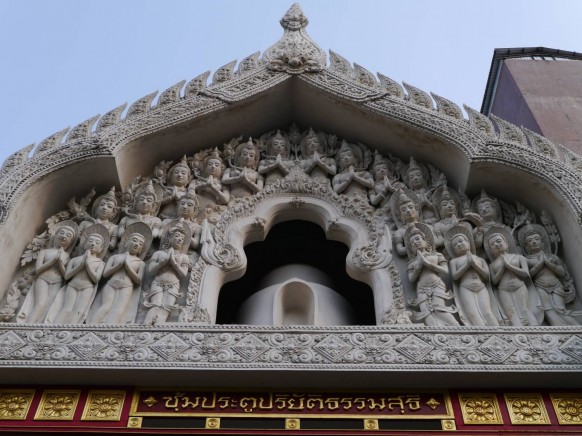 Bangkok when you just arrive is best described as a punch in the face . Its smell,  its crazy shouting vendors, its anarchic traffic,  its hot and humid temperature, just its overall chaotic nature. All rolled up in one. That is a punch in the face!   And this is from someone coming from Asia, so I cannot imagine a person coming from elsewhere. But as time passes , the shock effect subsides… And you learn how to dodge traffic and cross the street because there is really no traffic lights for pedestrians, you learn to ignore the random scammers at touristic sites that want to deviate you from your trip,  you learn to spot the foods that can make you sick ( I learned it the hard way) and you even can spot the newly arrived tourists because of the fear and uneasiness when crossing streets. 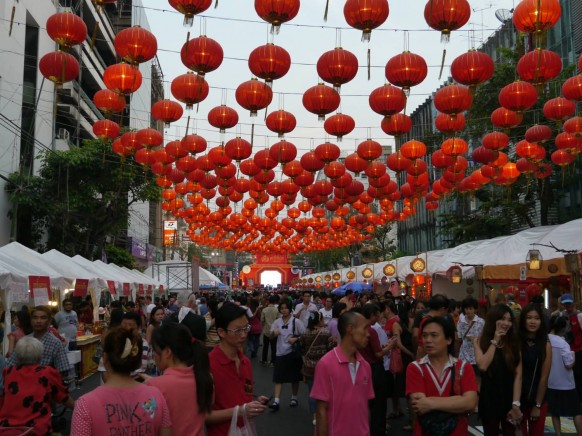 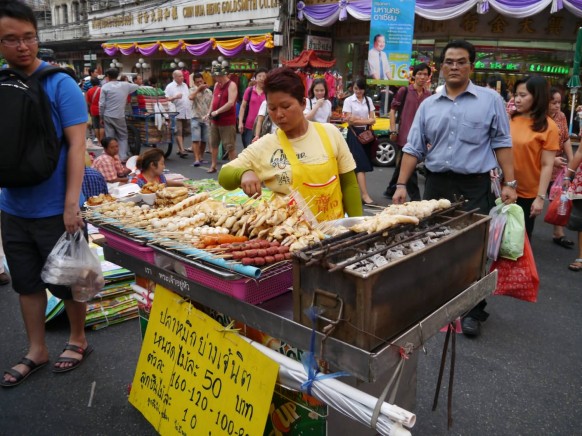 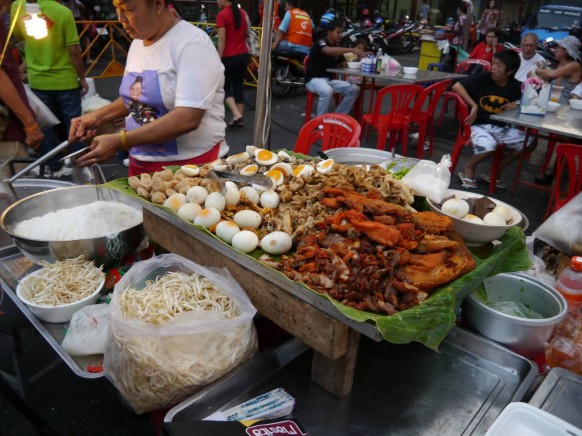 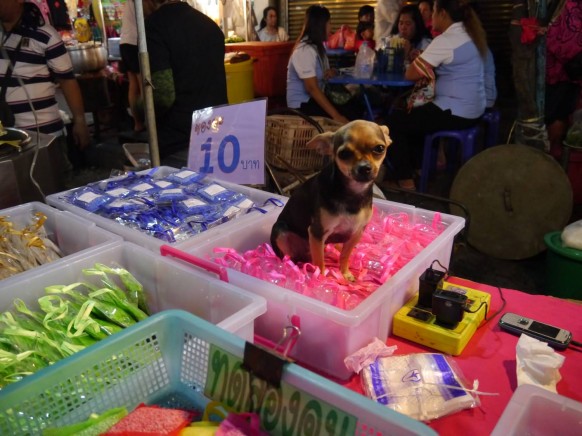 Finally  I grew quite found of Bangkok at the end because despite the chaos there are the beautiful oasis of the temples.  Adorned in gold, mirrors,  glass and tiles,  they represent the artistry and craftsmanship of a country which some consider uncivilized. I have been a great lover of place of worship especially in the East. I have visited Chinese,   Japanese and Thai temples. Each with its particular flair,  characteristics, own stories and own representation of Buddha. Here are some of my favorite visits in Bangkok. 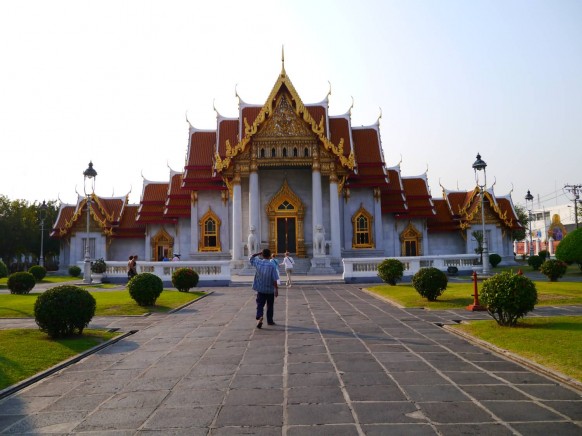 Golden Buddha (Sukhothai Traimit) known as the largest Golden Buddha image in the world.  It is made out of pure gold measuring more than 12 ft in diameter and a height of more than 15 ft. Can you imagine it is more than 700 yrs old? The origins of this statue remain uncertain. It is made in the Sukhothai Dynasty style, and is thought to have been made during the Sukhothai period in the 13th-14th centuries, though it could have been made after that time. 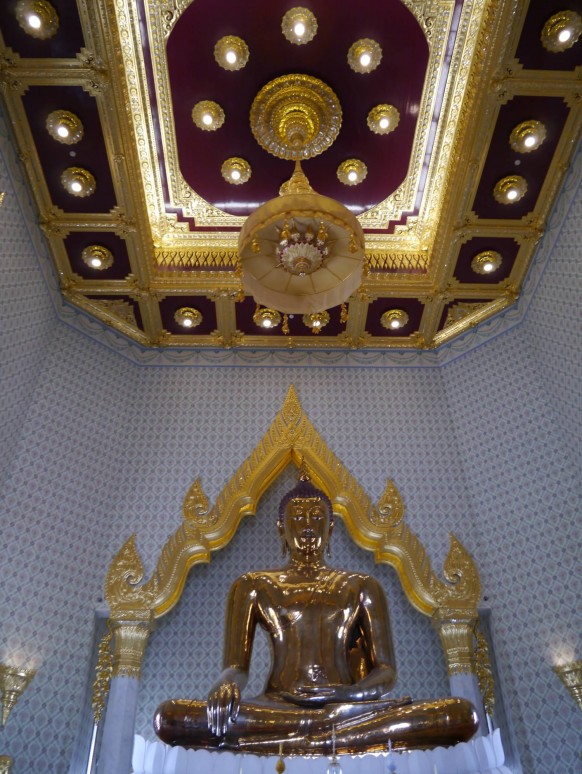 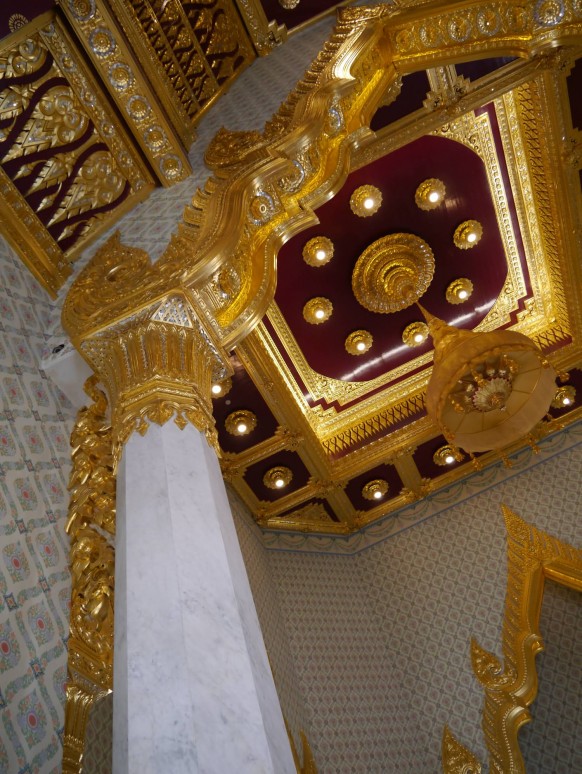 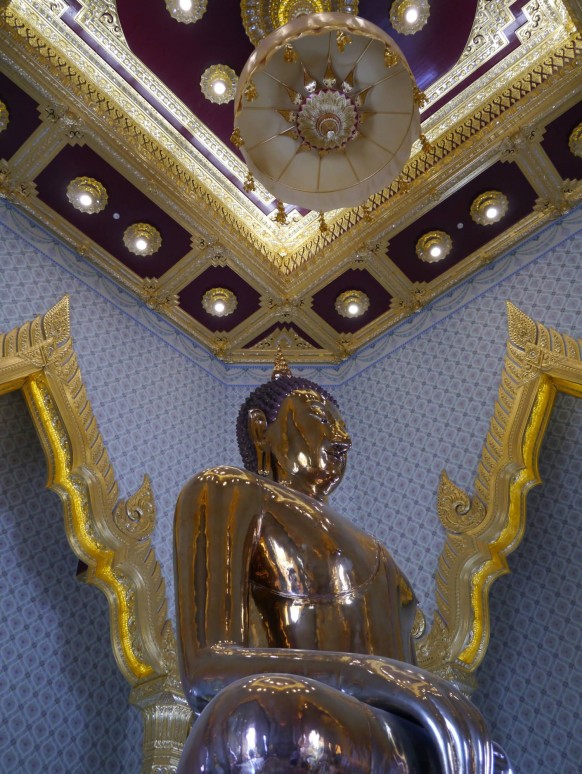 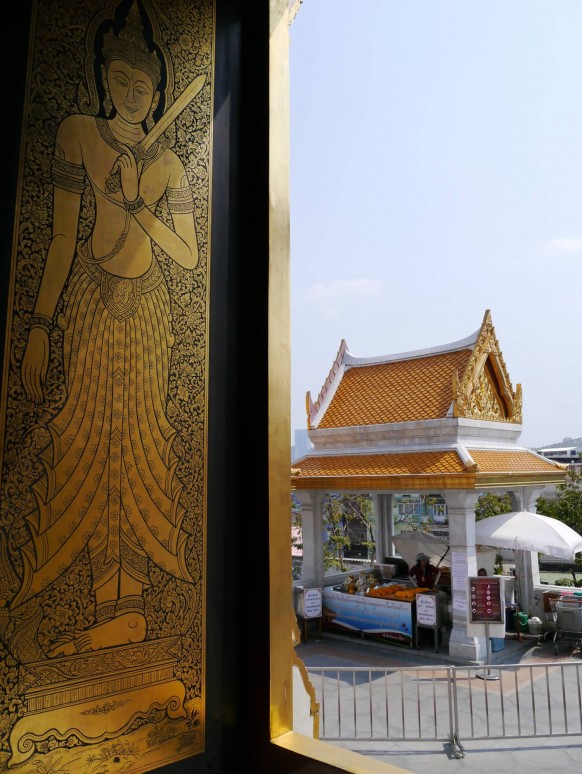 The head of the statue is egg-shaped, which indicates its origin in the Sukothai period. Sukothai art had Indian influences. Metal figures of the Buddha made in India used to be taken to various countries for installation. So the Golden Buddha statue may have been cast in parts in India. Originally,  the Golden Buddha image was completely covered in plaster to conceal it from the enemy when Thailand risked invasion. 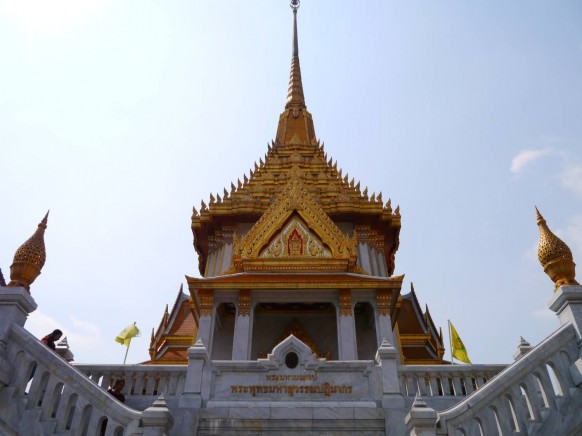 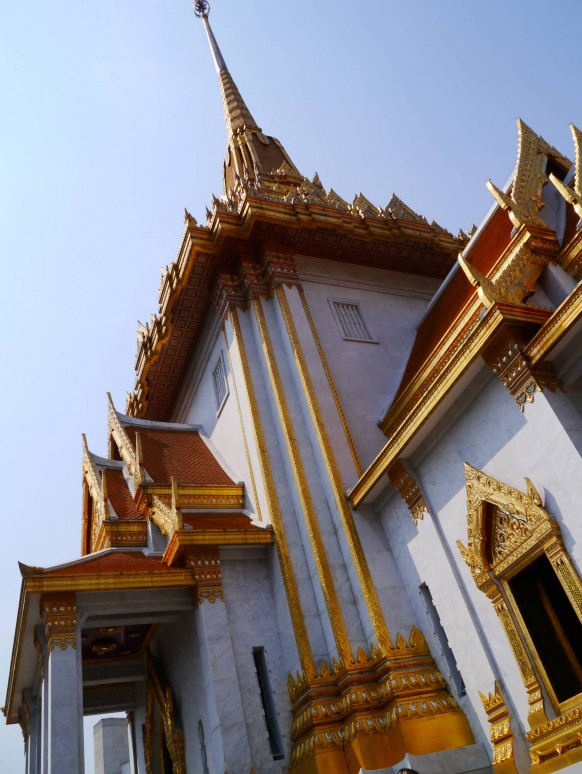 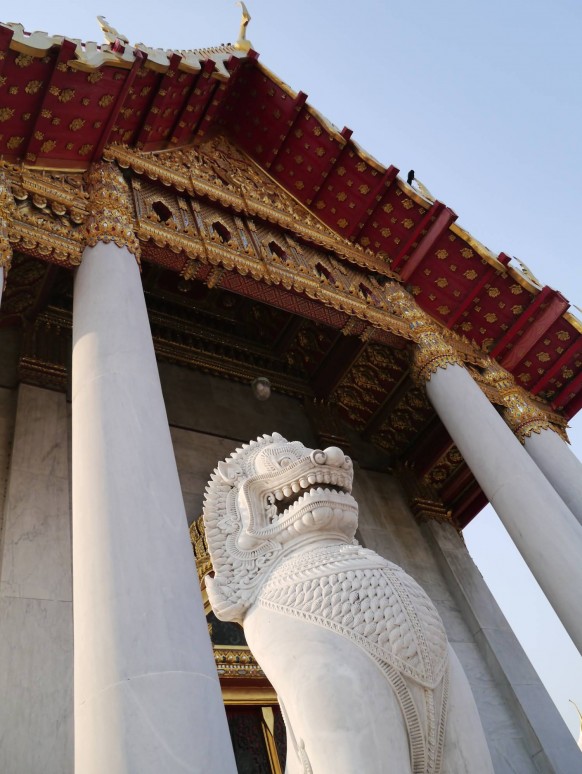 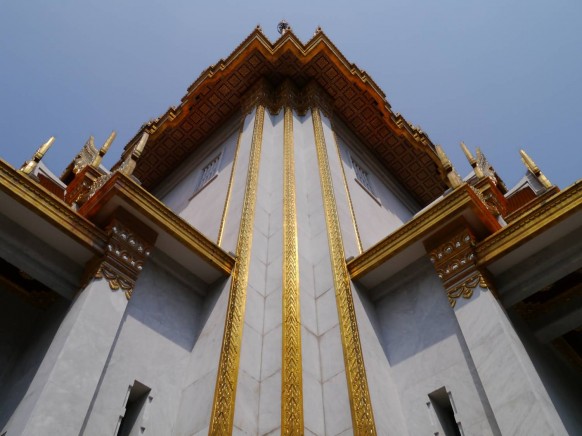 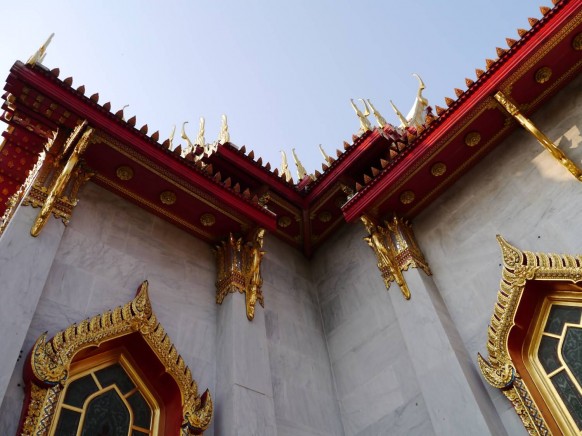 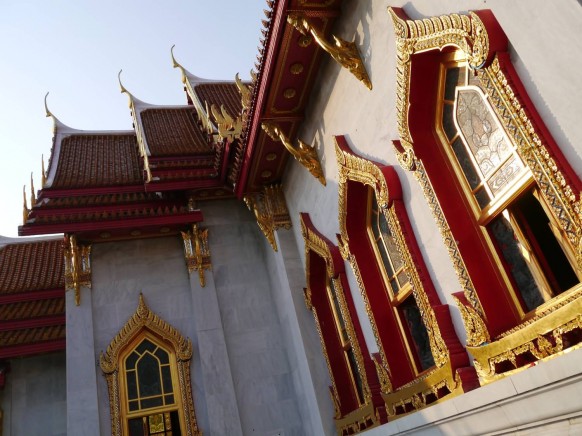 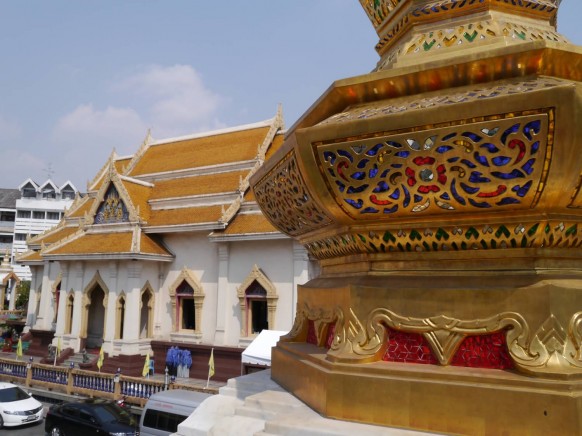