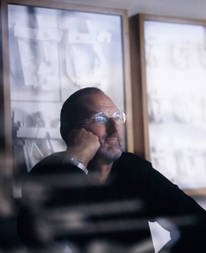 Last Thursday, I had the pleasure of witnessing a great lecture by Thom Mayne, the founder of Morphosis and SCI-ARC. Pioneer of unconventional architecture of our time and world acclaimed architect, I knew it was a lecture not be missed. I was glad I went! The so called, “maverick” or “bad boy of the architecture world” was an inspiring lecturer! Dressed in his casuals , a blue hoodie, he addressed us as comrades. With all that he has accomplished in his life, his buildings, his teachings, He did not claim to know the golden formula. Even with more than 40 years of experience ( since the beginnings of Morphosis) at the age of 71, He still seeks, questions, explores and experiments with new ways of problem solving and representation. Throughout his lecture, He reveals a man of many interests and pleasures.  A man that was not tight down to “Style” but one of many reflections. Drawing references from the past ( Hadrian’s garden) , landscape, origami and scripting methods, his architecture takes many interpretations and languages.  His architecture deriving from the organic and biological explored themes of urban state, movement, flow and human connection. His buildings morphed within the urban context, he spoke about its connections to the city and effects on its surroundings. He ended the lecture with many of the exploratory sculptures drawing from similar organic characteristics as his buildings.

I have been most aware of his past works including Cooper Union , The Phare tower in Paris, University of Toronto Graduate house,but it was his newest project in Shanghai which I would like to visit next. The GIANT Interactive Group Headquarters, in Shanghai China. Jetting out from its surroundings, it blends and morphs into the ground , making it part of the landscape. 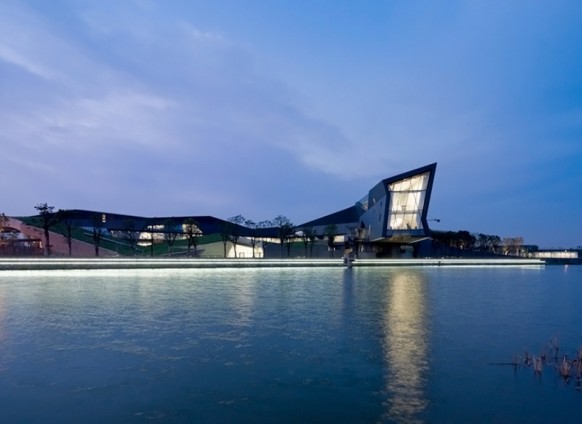 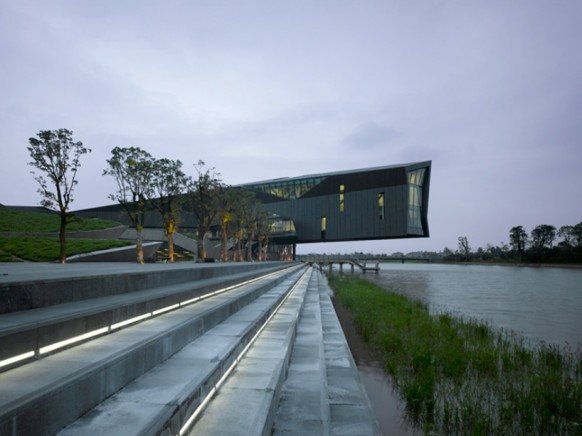 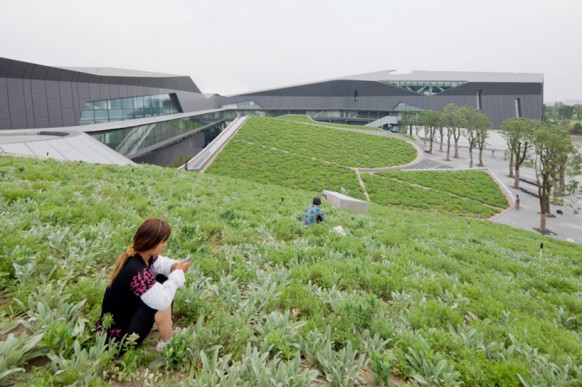 Thom Mayne mentions the willingness and the vivacity of the Chinese people. Proclaiming that this type of project (in size and grandeur) would never be build or accepted in America. In truth, the most prolific and audacious buildings are being constructed in China. Some of my younger colleagues have opted to intern in Shanghai or Beijing. After interning myself in Taiwan, I have tasted this thirst for innovation, the Chinese is eager for novelty and astonishment. Referring to a particular instance in the project, M. Mayne reveals that the client asked him what this particular structure did.  (refer to image below) M. Mayne explained that it was just a piece of “architecture” , reinforcing an idea to connect one side of the landscape to the other. In a time  where architecture is majorly driven by budget and function , It seems like such a gesture can be unacceptable and unjustifiable…. However that was sufficient of an explanation for the client. 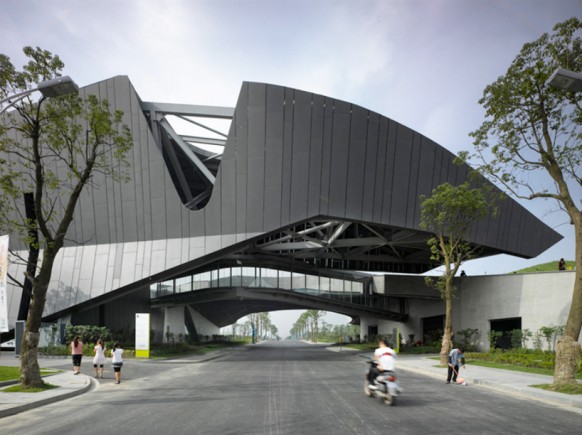 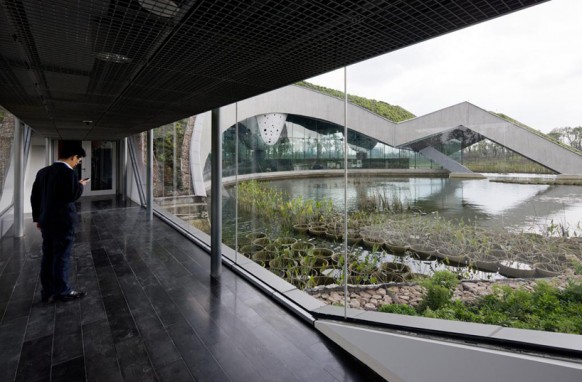 The discovery of new and unforeseen spaces
We often seek to design for all details, all instances .. We render and explore the corners a building, but for M. Mayne, the discovery of the unforeseen and the unexpected is what he loves in his buildings. I found that, utmost refreshing! As architects, we tend to over analyze , order and set sometimes rigid (and imposed) paths and programmatic organizations. In truth, the users have its own tendencies. Can one really predict every human instincts and override them with our buildings? I do believe we should leave FLEXIBILITY for the users to roam , discover and re-appropriate. Like organic beings, a building needs to breathe  and be molded by its users. 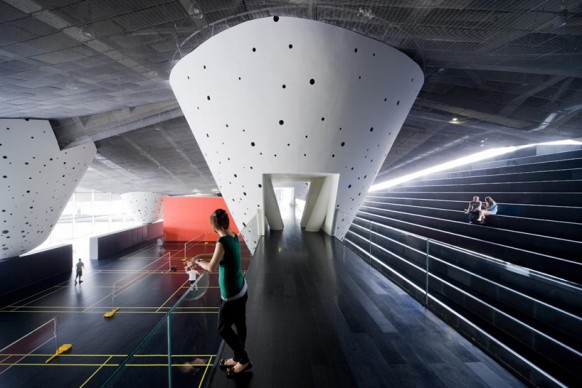 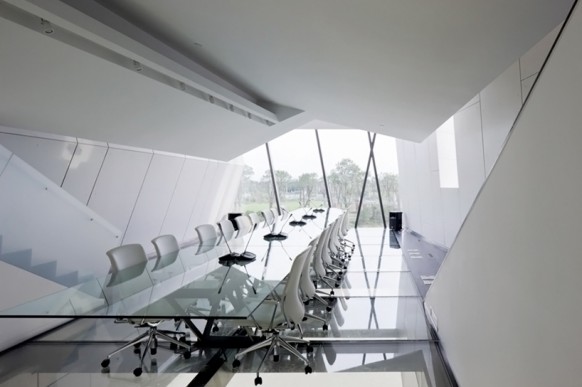 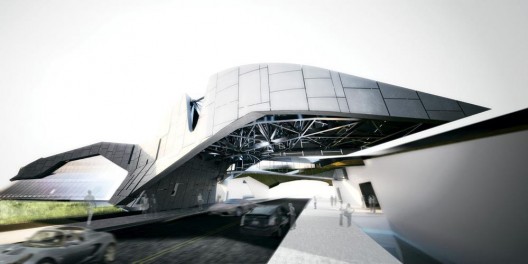 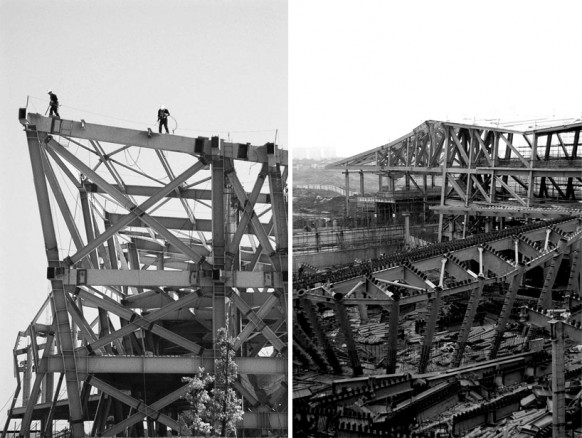 Thank you for reading + Thank you THOM MAYNE for the inspirational works!
Cheers